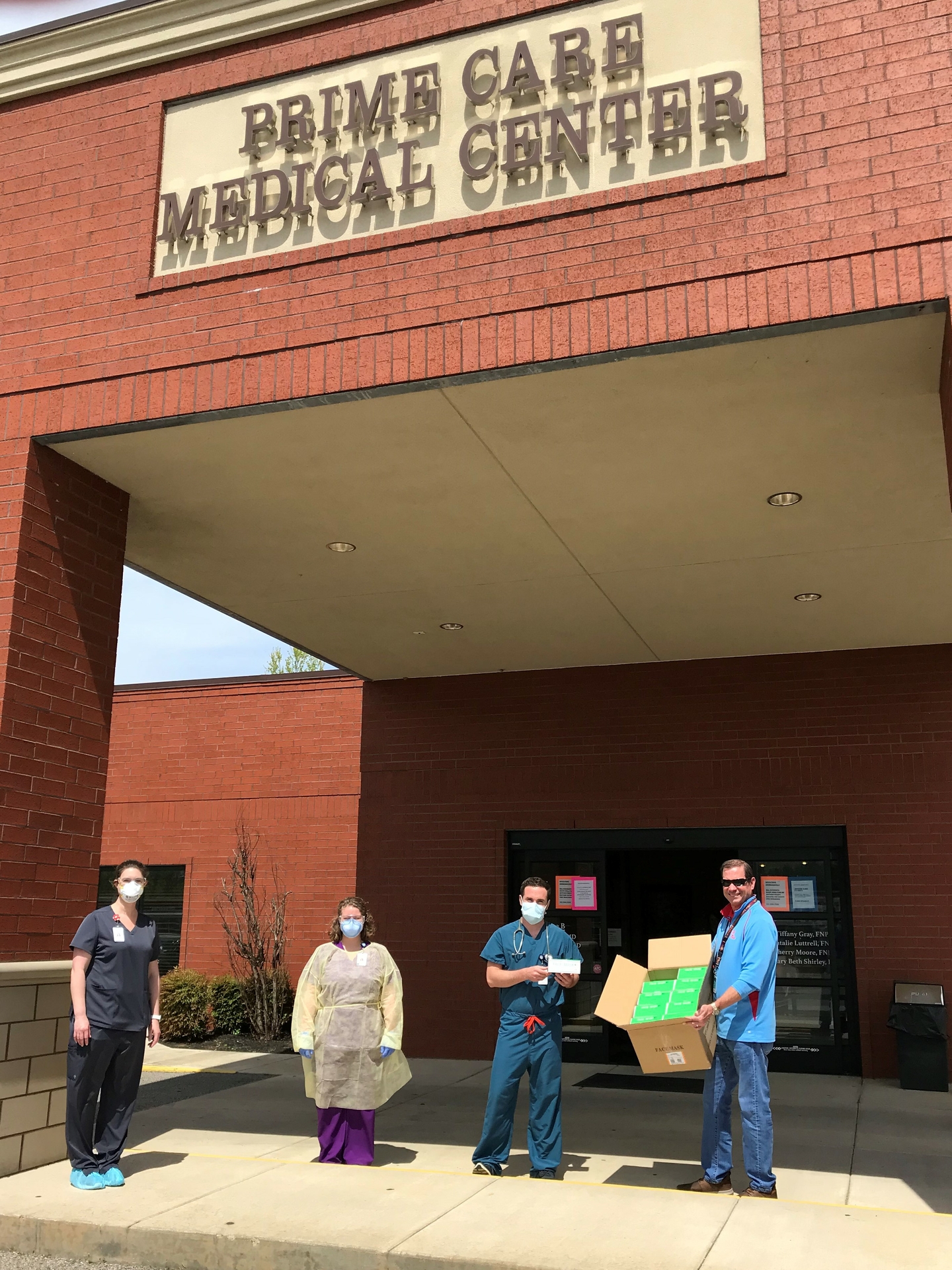 SELMER, Tenn.—April 30, 2020—During these challenging times, GE Appliances, a Haier company, is increasing its support to the local communities where it operates. In Selmer, Tenn., GE Appliances has partnered with several first responder and community-focused organizations to provide them with donations of new appliances and additional critical supplies.

“People everywhere, including those on the frontlines of supporting our communities, are relying on their appliances to keep groceries and medicine safe, clothes clean, and to cook healthy meals,” said Ray Deming, Monogram Refrigeration manager. “As part of the GE Appliances family, we’re honored to help support local community agencies in Selmer and McNairy County with needed appliances and supplies. We have a wonderful relationship with our community leaders and our hope is that these donations will benefit those organizations working to keep our community strong during this time.”

​​​Monogram is a subsidiary of GE Appliances. For over 30 years, the plant has been an appliance production facility in McNairy County and is a leading manufacturer of upscale refrigerators, freezers and other refrigeration products.

As part of the company’s commitment to the local communities where its employees live and work, the Monogram leadership team collaborated with local government officials to determine community need. Donations of appliances and supplies are being deployed in various key areas:

GEA4Heroes: A significant portion of the appliances made during the first two weeks of April at GE Appliances’ nine manufacturing sites across the United States are being donated to American heroes working across the country on the front lines of the fight against COVID-19. As part of this initiative, the Selmer Police Department received a range, an over-the range microwave and a refrigerator to replace old appliances. Additionally, the Selmer Fire Department received new appliances for both Station 1 and Station 2, which included refrigerators, a range, countertop microwave, deep freezers, laundry pairs, an over-the-range microwave, and ice maker. “I want to thank GE Appliances for the donations to first responders during this trying time,” Selmer Fire Chief Anthony Carr said.​

Selmer Parks and Recreation Center: GE Appliances recently provided a donation of new appliances to the Selmer Parks and Recreation Center to support community events and the senior center. “The Town of Selmer is so very thankful to have such a great working relationship with GE Appliances’ Monogram plant,” Selmer Mayor John Smith said. “From the leadership to the factory floor, the entire team is impeccable, and we are honored to have GE Appliances in our community.  We appreciate so much the appliances that were donated and we look forward to utilizing them for our hometown heroes.”

Americans have trusted GE Appliances for 130 years and its products are in more than half of U.S. homes. GE Appliances employs 12,500 people and its global headquarters is in Louisville, Ky. Its U.S. manufacturing facilities are in Kentucky, Alabama, Georgia, Tennessee and South Carolina. The company’s products include refrigerators, freezers, cooking products, dishwashers, washers, dryers, air conditioners and water filtration systems. GE Appliances’ products are sold under the Monogram®, CAFÉ™, GE Profile™, GE®, Haier and Hotpoint brands, For more information about the company and its US operations, visit GEAppliances.com/our-company.