Wolf combi-steam ovens are a versatile appliance. It is available in a standard size (1.8 cu ft) that I would classify as a specialty oven instead of a regular 30” wall oven. 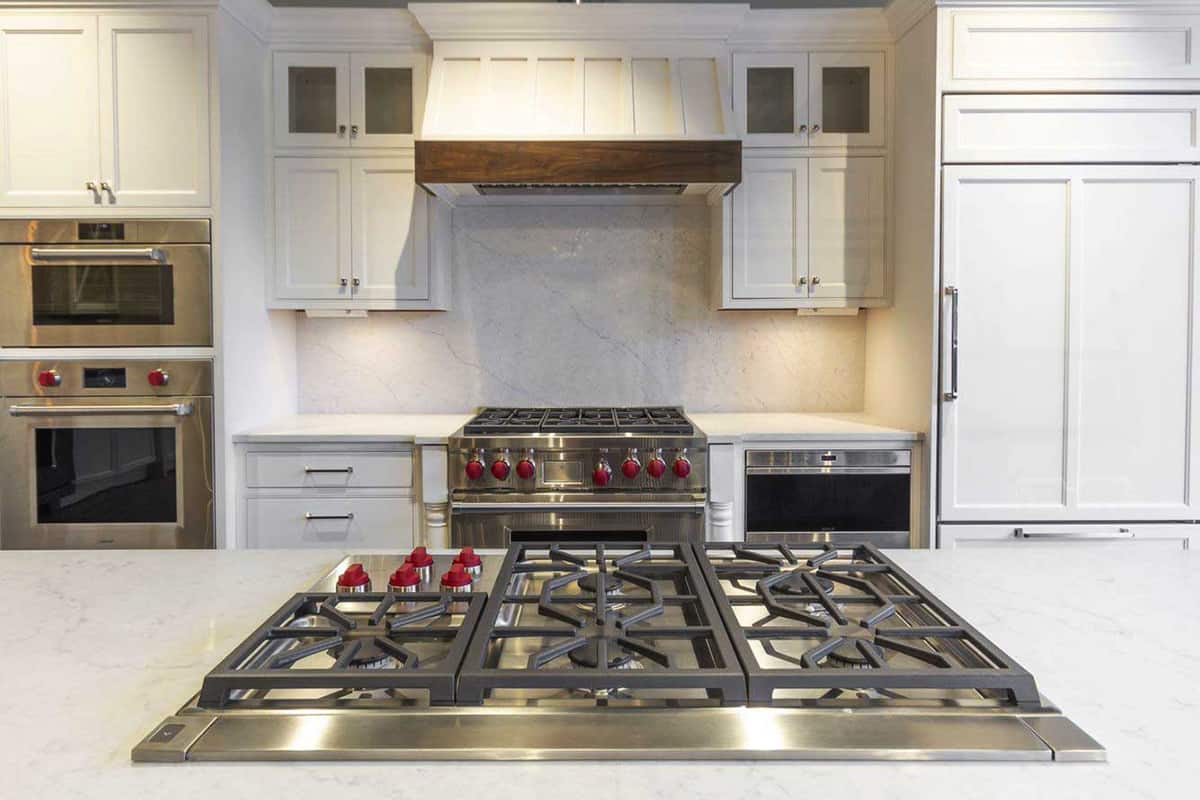 This combi-steam oven can steam, operate as a convection oven, or combine both (convection steam) plus more.

In this article, you will learn the best features of Wolf by my actual cooking tests on the unit. 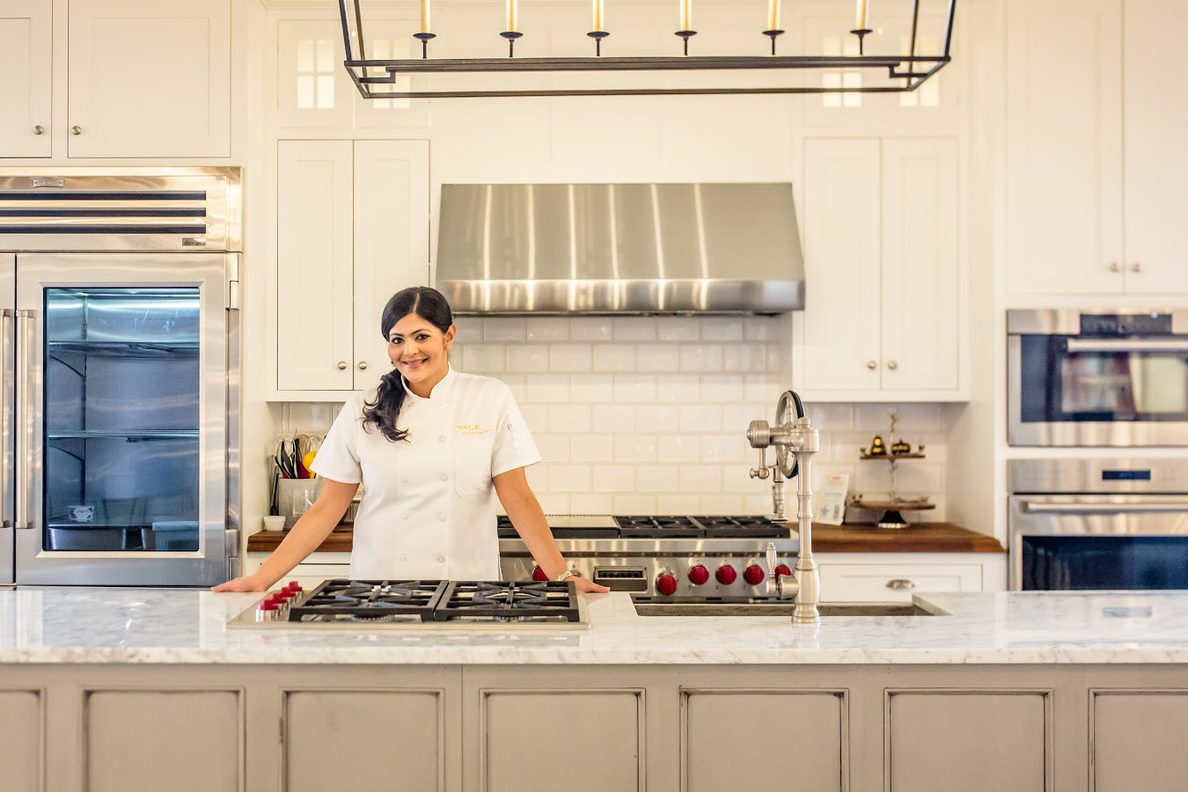 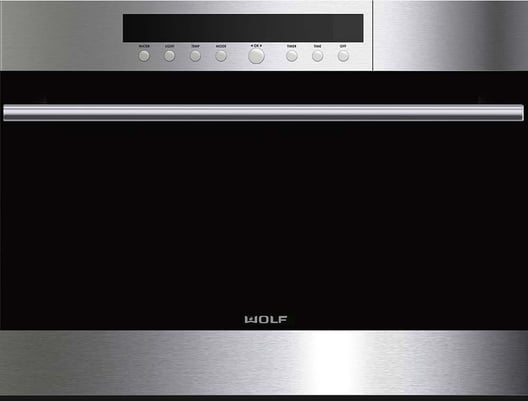 I have used the Wolf steam oven for various cooking tests from straight steam, to sous vide, and bain-marie (items requiring a water bath) style cooking to a combination of steam and convection plus straight convection mode.

There is a slight learning curve when adjusting from the traditional methods to steam cooking.

Cooking with a Steam Oven

Using the straight steam mode, I was able to cook multiple items (staggered when placed in the oven) to all complete cooking at the same time.

The oven quickly regenerated steam every time the oven door was opened and everything cooked in the appropriate amount of time.

I tested quinoa (15 minutes), shrimp (6 minutes), and asparagus (3 minutes), and had everything fully cooked and out of the oven in around 18 minutes.

The quinoa went in first, followed by the shrimp, then the asparagus.

I added an extra couple of minutes for the steam to regenerate, but this was a lot quicker than the larger capacity steam ovens like Thermador.

I have also used the steam mode to sous vide cook everything from chicken breast to steaks, turkey breast, potatoes, and more.

The process of sous vide cooking is pretty fail-safe as long as everything is vacuum-sealed properly, and the temperature can be programmed and controlled.

I found my results in line with other steam ovens for sous vide.

With the Wolf combi-steam oven, there is no drain, so there will be a collection of water anytime a steam mode is used, especially if it’s a prolonged cooking method.

There are two options here. The first is to manually wipe it clean or using the convection mode to dry it out.

When transitioning from steam to convection steam or convection, it is quicker than a larger steam oven.

All of this food cooked beautifully, with tender, juicy, and moist results along with a little browning and color for added depth of flavor. 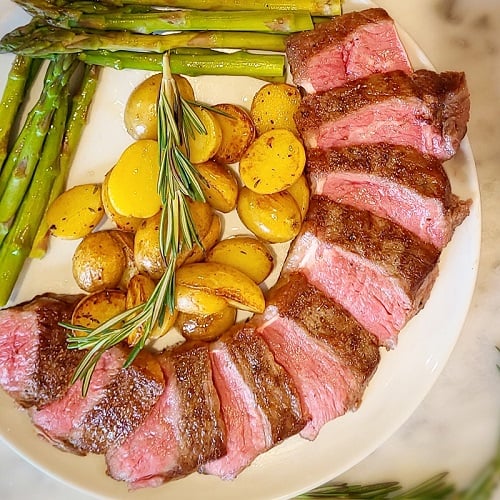 The Wolf steam oven performed consistently with the various cooking tests and demonstrated how versatile this appliance is.

No machine is perfect, so I will have to point out some flaws with the Wolf combi-steam oven.

The interface is simple and easy to navigate, but I find the response time when changing between modes/functions sometimes takes a while, or it rapidly scrolls through.

Wolf only comes with one interface, so there is no option to get this appliance with an alternative set-up, unlike in the Miele or Thermador. 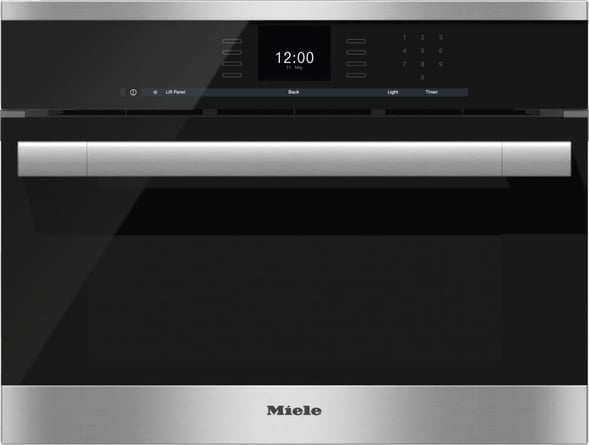 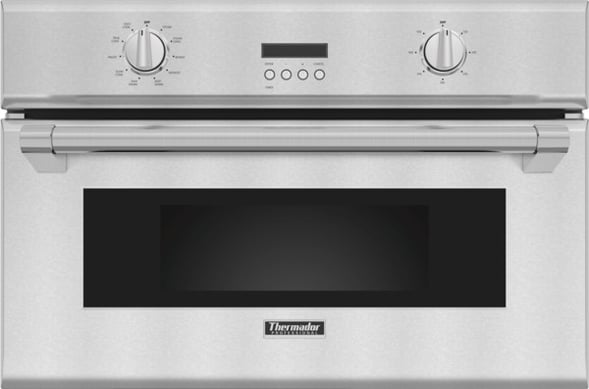 I’ve also found many people asking about the difficulty in cleaning this appliance because there is no drain.

The Miele and the Gaggenau are the only two steam ovens with drains, which provide a quicker and easier cleaning process. 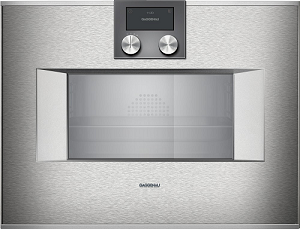 Since it’s a smaller oven, there isn’t as much water compared to the larger capacity oven like Thermador.

I wipe it down if it’s just a small pool of water. You can also use the convection mode to dry it out.  I’ve also had a lot of customers ask about the limitations due to size.

You definitely can’t cook a 25-pound turkey there, but you would be able to make a nice meal for a small family very quickly.

This oven would not be your only option in the kitchen, so anyone looking to cook a larger turkey or roast would have a range or 30” wall oven for these items.

If your kitchen only has room for one built-in appliance, then an XXL Miele or Thermador combi-steam oven might be a better solution.

Should You Buy The Wolf Convection Steam Oven?

I would recommend this as a beginner oven. It’s the first oven I learned on and found it pretty straightforward.

This oven is also for people who tend to know basic culinary techniques and enjoy the method of cooking.

If you like the more tech-driven appliances with extensive guided cooking programs, my recommendation would be Miele. If you are a pro, then Gaggenau is the best.

However, Wolf is a good product and can flawlessly execute the basics of steam cooking.

Download our Yale Speed + Steam Cooking Buying Guide with all the features, terms, and brands of laundry. Over 820,000 people have already found answers in a Yale Guide.